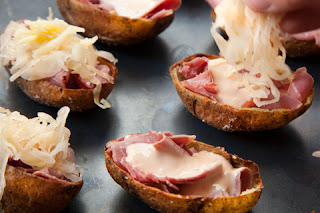 okay..okay... I know...I know...this is SUPPOSED to be a blog about HEALTHY foods BUT....I saw these fabulous looking little things sitting on a web page and they looked so lonely and I thought I just HAD to share it with you guys! Besides....ONE little tater skin never killed anyone right??
(yes, that's my excuse to eat one!)
Ingredients:
Directions:  Heat the oven to 400°F and arrange a rack in the middle. Pierce each potato several times with a fork or sharp knife. Place the potatoes directly on the oven rack and bake until the skins are crisp and a knife easily pierces the potatoes, about 50 minutes. Transfer to a wire rack until cool enough to handle, about 10 minutes.

Set the oven to the broil setting. Slice each potato in half lengthwise. Using a spoon, scoop out the flesh, leaving about 1/4 inch intact; reserve the flesh for another use. Brush the insides of the potatoes with the melted butter and season with salt and pepper. Flip the potatoes over, brush the skin sides with butter, and season with salt and pepper. Evenly space the potato halves skin side up on a baking sheet and broil until the butter foams and the skins start to crisp, about 2 to 3 minutes (keep a close watch so they don’t burn).

Flip the potato halves over and broil until the top edges just start to brown, about 2 to 3 minutes more. Divide the corned beef evenly among the skins and top each with about 1 teaspoon of the dressing. Evenly divide the sauerkraut among the skins and sprinkle each with cheese. Place in the broiler and broil until the corned beef is heated through and the cheese is melted and bubbling, about 4 to 5 minutes. Serve immediately.

This fantastic recipe comes from CHOW 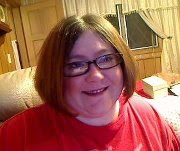 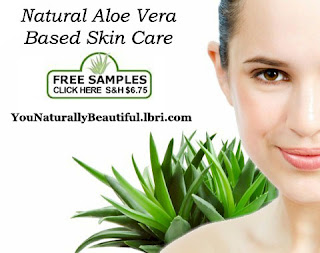 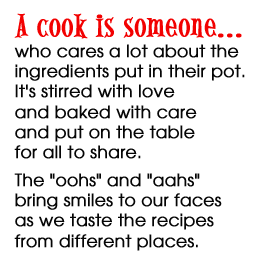